European Bioplastics has said that a study this week into compostable and biodegradable bags was “misleading” as they were being tested for littering. 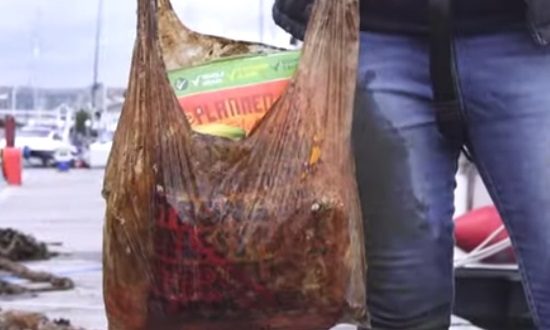 Hasso von Pogrell, managing director of European Bioplastics, argued that research by the University of Plymouth didn’t test the scenario of industrial composting and that only one product used was certified compostable according to the European Norm 13432.

Von Pogrell added: “Plastic products certified to be industrially compostable are no solution for littering. Testing them as if they should be is misleading the public’s perception of the technology. It creates the impression of the product lacking in performance, even though the performance in the intended environment has not been tested at all.

“Most of the bags selected are not biodegradable according to European Union (EU) definitions in the first place – indeed only one product is: the compostable bag. But the scenario of industrial composting, for which the item was designed, was not tested.”

On Monday, researchers from the University of Plymouth’s international marine litter research unit took biodegradable and compostable bags and exposed them to air, soil and sea, all environments they could encounter if discarded as litter.

François de Bie, Chairman of European Bioplastics said: “The study confirms that only certified biodegradable and compostable bags – designed to be collected with the bio-waste and organically recycled in dedicated composting plants – even if mistakenly littered in the environment due to bad habits, have a reduced environmental impact.”

“While no plastic bag should end up in the environment, period at least it is clear that certified compostable ones will not need decades to degrade, as conventional plastic bags do.”

No comments to show.
Manage Cookie Consent
To provide the best experiences, we use technologies like cookies to store and/or access device information. Consenting to these technologies will allow us to process data such as browsing behavior or unique IDs on this site. Not consenting or withdrawing consent, may adversely affect certain features and functions.
Manage options Manage services Manage vendors Read more about these purposes
View preferences
{title} {title} {title}